We Take So Much for Granted 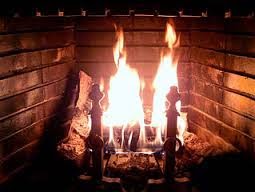 Today, we live in a world of technological marvels.  We take most of them for granted. Yet so many of the innovations we enjoy did not exist within the lifetimes of many people alive right now. A few years ago, a woman who had reached the age of 100 was asked what was the greatest improvement she had seen in her life. Her answer was simple” “Central heating.” She might have added, “And air conditioning.”

Even in the mid-Twentieth Century, central heating and air conditioning were luxuries enjoyed only by the wealthy that lived in the cities. Everyone else was still dependent on open flame for heating and had no defense at all against excessive heat. In the depths of winter, people clustered around fireplaces of wood-burning stoves to keep from freezing. At bedtime, fires were banked to preserve live coals. Temperatures within houses soon dropped to match that outside. People wore heavy sleeping clothes and scarves or nightcaps on their heads to stay warm.

In the rare instances where running water existed, faucets were left open to prevent water from freezing and breaking the pipes. Water in open buckets would freeze overnight. When a family arose the next morning, the first chores were to get the fires going to provide heat. Women cooked breakfast either in the fireplace or on wood-burning iron “ranges.” Providing an ample supply of split wood consumed a great deal of time, usually for the male children. Just staying warm and preparing food consumed a large percentage of human energy.

In the heat of summer, people sweltered.  Heavy sweating was taken for granted. In that age before deodorant, people used perfume or cologne to cover the smell. Daily bathing was limited to well-off city dwellers. Rural families were limited to sponge baths or a once-a-week dip in a galvanized washtub.

Most of the country lacked electricity until well into the Twentieth Century. Those lucky enough to own radios depended on batteries not much smaller than those in an automobile. Listening time had to be carefully rationed to preserve the battery charge for as long as possible. Indoor lighting was limited to candles and oil lamps. Only those lucky enough to own “Aladdin” lamps using mantles like Coleman lanterns enjoyed illumination anywhere close to that of an electric bulb. A can full of coal oil (kerosene) was a necessary weekly purchase. Television and computers remained undreamed of luxuries.

Having painted what to my grandchildren is a horrifying picture of life in my early youth, it saddens me to realize that a large segment of humankind still exists in such conditions. Those of us in the Western world should consider ourselves extremely blessed to enjoy our current circumstances. We should be thankful people, not resentful that this or that person might have more “stuff” than we do. And we need to do what we can to relieve human suffering throughout the world. We need to get outside ourselves and focus on making the world a better place for all.
Posted by Warren Bell, Author at 5:51 PM No comments:

Keeping Focused While Wrapping Up a Book 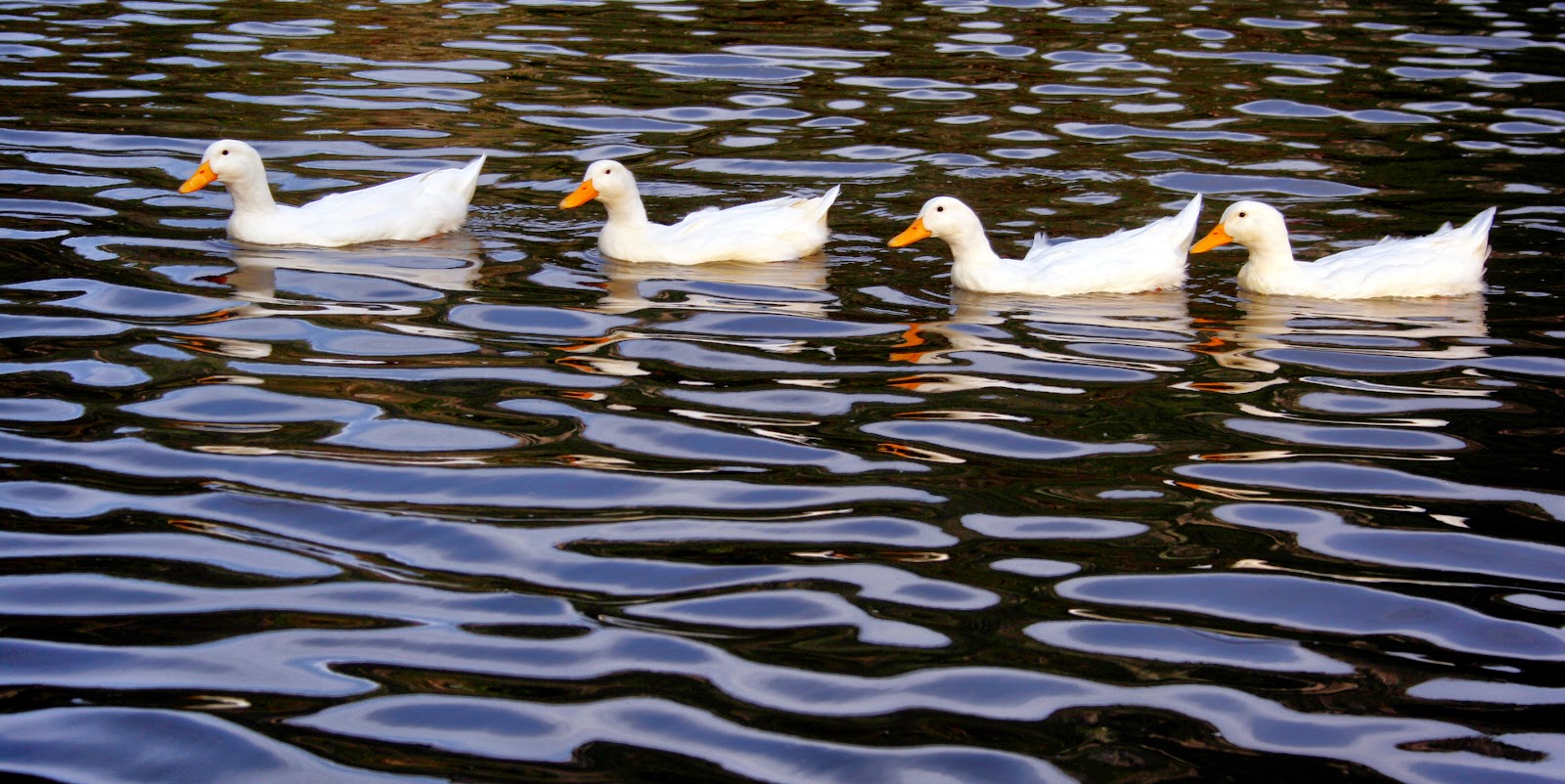 I am a lifelong fan of newspaper comic strips. When I was a young man, the comic strip characters with whom I identified were Steve Canyon and Buzz Sawyer. For those too young to remember, Steve was an Air Force aviator, while Buzz was a Navy test pilot. Today, however, I have more in common with Earl Pickles, a retiree who lives with his longtime wife, Opal. They are creations of the artist, Brian Crane, and the strip is entitled, Pickles.

One recent strip which I found entertaining opened with Opal coming into the room with Earl and saying, “I thing I’m getting the ‘but first’ syndrome.” Earl perks up and asks, “What’s that?” “You know,” Opal continues. “I start to do something but then decide to do something else first. But then I decide to do something before I do that. Pretty soon, I think of so many ‘but firsts’ that I forget what I started out to do originally.” “Whee!” mumbles Earl, wiping his brow. “I was afraid you were going to start walking around backwards.”

As I press forward to wrap up my new Vietnam novel, Asphalt and Blood, I fear I’m suffering from the “but first” syndrome. My mind should have a laser-like focus on the tasks remaining before the book can be launched. Instead, my attention keeps drifting to future writing projects. New characters, situations, and plot lines keeping popping into my head uninvited.  Two new series are trying to take over my mind.

I have dealt with this problem before. In my days as a U.S. Naval officer and municipal engineer, I began many writing projects. I would get to a certain point, and then work situations would require that I lay writing aside for a while. When time again became available, my mind tended to leap off on some other idea to write about. Only when I retired from my engineering jobs did I find the self discipline to see a novel through to the end. After I thought I had completed the manuscript for Fall Eagle One, I convinced an agent to take it on. Three extensive rewrites transpired before the book was ready to shop to publishers. Early 2002 proved a tough time to sell a book about aircraft attacking the continental U.S., so I had to have patience and wait for a better world situation.

Self discipline is required to get any writing project into print, especially for the Indie author. Doing everything that an agent and publisher’s editor do for the conventional writer can be a daunting task. Manuscripts must not only be well written and cleanly presented, but modifying formats for the Internet is also required. Covers must be designed or procured. Short, attractive descriptions of the work must be written. Internet publisher’s applications have to be precisely filled out and entered.

Just as important, one must have a strategic plan for marketing the new work. Teaser advertisements on social media need to be scheduled weeks ahead of publication to build up pent-up demand. Blog posts remain to be written, websites updated, new business cards printed. A site for launching must be chosen and scheduled far in advance. One must not forget press releases, both on the work itself and on the launching.

So I tell myself, “Suck it up, Bell! Get Asphaltand Blood on the street before you go off chasing a new idea. Those new characters and plot lines will not fade completely. They’ll still be there when the time comes to exploit them. In the meantime, get your nose back to the grindstone! As Snuffy Smith used to say in the comics, “Time’s a wastin’.”
Posted by Warren Bell, Author at 5:16 PM No comments:

The Nature of War 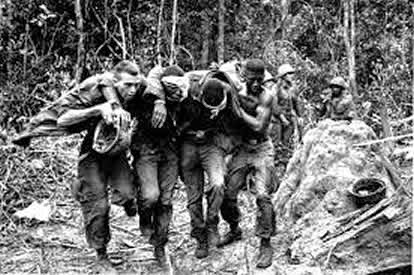 I write historical novels about war. My first book, Fall Eagle One, is about World War II in Europe. My second novel, Hold Back the Sun, is set in the opening months of the Pacific War in the Western Pacific. Asphalt and Blood, which is at the copy edit phase, tells the story of U.S. Navy Seabees in the Vietnam Battle for Hue City.

In order to write about war, one must understand it. I spent over 29 years in the U.S. Navy, of which seventeen months were in Vietnam. I hold the Navy’s Combat Action Ribbon. An amateur historian all my life, I have concentrated my studies on WW2. From personal experience and rigorous study, I believe that I have an understanding of modern warfare.

War is, by its very nature, barbaric and horrific. The purpose of war is to impose one’s will on the enemy through the use of military force. War is not a duel, with rules to assure that one opponent has no advantage over the other. War is successful only when the enemy loses the will to resist.

In today’s Washington Post, Eliot A. Cohen, former Counselor of the U.S. State Department, argues persuasively that many in today’s Washington, D.C., do not understand the nature of war. He points out that President Abraham Lincoln hated war as much as anyone on earth, yet he understood that winning the American Civil War required his generals to break the will of the Confederate population to continue the struggle. I assert in Fall Eagle One that Union generals invented the modern concept of Total War as it was practiced in WW2. The “scorched earth” campaigns carried out by General Sheridan in the Shenandoah Valley and General Sherman’s March to the Sea in Georgia speak for themselves. Photographs of Richmond, Virginia, after its surrender look much like those of Berlin in 1945.

Only rigorous application of force makes possible a rapid conclusion of hostilities and a minimization of total casualties. Following the suicide bombing of U.S. Marines in Lebanon early in his administration, President Reagan ordered Caspar Weinberger, the Secretary of Defense, to develop a new doctrine for the use of military force. The resulting “Weinberger Doctrine,” sometimes called the “Weinberger/Powell Doctrine,” espoused the following:
This doctrine governed U.S. military involvements through the NATO actions in the Balkans during the Clinton Administration.

Unfortunately, sometime during the run-up to the Vietnam War, the competing doctrines of “Just Enough Force” and “Proportionality” crept into the conduct of war. For years, the U.S. attempted to apply just enough military pressure to force the North Vietnamese to give up their conquest of the South. When Moshe Dayan, the former Defense Minister of Israel, visited Vietnam in the 1960s, he was asked how the U.S. could end the war. His answer was direct: take the war to the enemy’s homeland. Because obliterating North Vietnam’s capacity to continue fighting was not even being considered, the Vietnam War dragged on for years.

“Proportionality” implies that, when attacked, the response should be no more severe than the attack. This doctrine seems especially attractive to reporters in the news media, who ask about it continually when interviewing combatants. “Proportionality” calls for a “leveling of the playing field,” a minimization of one side’s military advantages. In the context of warfare, “proportionality” guarantees prolonged conflict, which in turn maximizes total casualties. Pursuing this course is anathema to any competent military commander.

War is not some game. People suffer and die in war. It is not, as Chancellor Bismarck argued, simply “Diplomacy by other means.” As I said earlier, war is both barbaric and horrific. I believe that Secretary Weinberger and General Powell got it right on the use of military force.  Franklin Roosevelt, Winston Churchill, Joseph Stalin, and Harry Truman all understood the nature of war and applied overwhelming force to end WW2. Current world leaders could emulate their wisdom.

Note: Warren Bell is a historical fiction author with two novels for sale either for Kindle or in paperback from Amazon.com. Both are set during WWII, with Fall Eagle One taking place in Europe, and Hold Back the Sunset in the war in the Pacific.
Posted by Warren Bell, Author at 7:51 PM No comments: