How We Did Research Before the Internet

Before the advent of the Internet, writers were dependent on libraries, newspapers, bookstores, interviews, and personal visits to mine research data. Nothing was available at the touch of our fingertips.

During my education, I was taught very well how to diligently use these resources. I learned to love libraries early on. In those days, we had card catalogs organized alphabetically by topic and numbered with the Dewey Decimal System (DDS). The DDS number pointed us directly to the right gallery and place on the shelf. I’ll never forget how I wandered the aisles of the massive University of Arkansas for the first time.  I was awed by the vast amount of information on diverse subjects immediately available. I still do quite a bit of library research. When looking for technical or geographical detail, I find it easier to take notes from a book. I’ll also confess to doing the same thing in bookstores, especially when a new book contains only a small amount of information that I need. Unless one writes about current events, libraries are also a good place to locate historical newspaper copies.

I wrote an earlier blog post about the importance of eyewitness interviews. It’s hard to beat getting history “directly from the horses’ mouth.”  Finding people with the right experience is the challenge.

Erwin Rommel had a favorite saying: “Nothing is as important as going and seeing for yourself.” It applies equally to writing as to war. Personally viewing geography helps tremendously in descriptive composition. The same holds true for other physical items. My visits to the National Air and Space Museums and RAF museums in England helped tremendously writing my soon-to-be-released second novel Hold Back the Sun. I find the Smithsonian museums in Washington beyond price as sources.

The Internet provides almost  instant access to much of the research information for which we used to have to dig hard, but not all. If you want true authenticity in your work, don’t fail to avail yourself of the more traditional resources.

Note:  My current novel, Fall Eagle One, a novel of World War II, is currently available for Kindle or in paperback from Amazon.com.

I Never Thought I’d Be Tweeting

Before I became an Indie novelist, I never thought I’d be tweeting.

I’m a member of what’s now called, “the older generation.” I came of age in the 1950s-60s before the advent of digital computers. In the early days, “techies” surrounded their discipline with mystery, tucked away in clean rooms where operators wore white coats like doctors and spoke in unintelligible jargon.  The first computer courses I attempted lost me early on because they all began with intensive binomial theory lessons rather than teach what the machines could do and how to operate them.

My interest reawakened after personal computers came along. The advantages of composing at a machine where changes could easily be made and where spell-check corrected my poor spelling were obvious.  After teaching myself how to operate a Wang word processer, the transition to PCs was surprisingly painless. Still, I more or less limited myself to desktops, and watching my grand children’s texting and tweeting on their cellphones seemed a colossal waste of time.

Then I published my first Indie novel, Fall Eagle One, on Kindle and CreateSpace.
I soon found the intricacies of marketing an Indie book somewhat overwhelming. My wonderful daughter, Karen, then stepped in and volunteered to help with the electronic side of getting my book before the largest possible audience. She set up my website, got me into blogging and other Internet activities, and got me into Twitter.

The advantages of marketing through Twitter were at once apparent. Two similes come to mind: the first is the spreading ripples of a rock thrown into a pond; the second is how a family tree spreads outward as on works back through time. A Twitter posting doesn’t just reach your own followers.  Many of them will in turn re-tweet the posting to their followers, and on and on. Re-tweets may be stimulated by in turn re-tweeting their postings on to your followers. I’m not sure the effect meets the definition of exponential expansion, but it produces good results.

Since adopting marketing through Twitter and other electronic media, Fall Eagle One has climbed into the upper one percent of Kindle book sales and stayed there. My next electronic challenge is to really master my Iphone.

Eyewitnesses Are a Priceless Resource 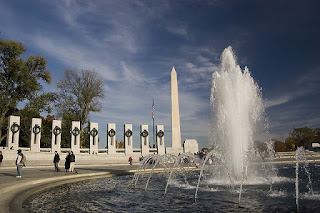 In his review of FROZEN IN TIME by Mitchell Zuckoff in this morning's WASHINGTON POST, Joseph Kanon points out that, "World War II remains the motherload of war adventure stories." For those of us who write in this genre, direct eyewitness accounts from the mouths of actual veterans has always been a priceless resource.


My own fascination with the events and technology of WW2 was sparked by the stories told by my cousin, Gordon Bell. Gordon served for three years in the China-Burma-India Theater. He was a fighter crew chief, and he worked with P-40s, P-38s, P-47s, and P-51s. His first pilot was a member of the original Flying Tigers. His tales of flying into Myitkyina, Burma, on the first day after Merrill's Marauders siezed it from the Japanese were hair-raising to an Arkansas pre-teen. The P-40s bombed enemy targets right off the end of the runway.

My brother-in-law, Edward Cook, flew and commanded B-24s in the 8th Air Force in England. He led many missions over Germany before the Nazis capitulated. Edward was the source of my knowledge about the difficulties of flying the B-24. It took a lot of muscle, but he was a big, strong man who grew up on a farm.

Much of the technical and operational detail in my novel, FALL EAGLE ONE, came from actual Luftwaffe veterans with whom I made contact on the 12 O'Clock High Luftwaffe and Axis Air Forces Discussion Board on the Internet. The details of German aircraft intercom chatter in my book came from this source, as did details of the German blind landing system.

The death of 89-year-old Senator Frank Lautenberg of New Jersey last week was a grim reminder that we are rapidly losing our WW2 veterans.  Press reports tell us that they are dying at a rate of about a quarter of a million a year, over 700 per day. Gordon and Edward are both gone now, although both lived long and productive lives. At least Edward's experiences are not lost to posterity. His son, Charlie, talked him into giving an oral history at the WW2 Museum in New Orleans.

Posted by Unknown at 2:31 PM No comments:

May Was A Good Month

The month of May brought new daily, weekly, and monthly highs in sales and borrows of FALL EAGLE ONE.  It's still selling in the top 1% of all Kindle book sales. It looks like people are beginning to discover it. FALL EAGLE ONE currently has 19 Amazon.com Reviews, 16 of which are five-star.

One milestone I had hoped to achieve in May but which did not occur was the launch of my new novel, HOLD BACK THE SUN. My manuscript is still somewhere in the Copyright Office awaiting action. My tale of the heroic fight of the U.S. Asiatic Fleet against Japan will be out as soon am the copyright is received.

Posted by Unknown at 1:13 PM No comments: