Venturing Into a Different Genre 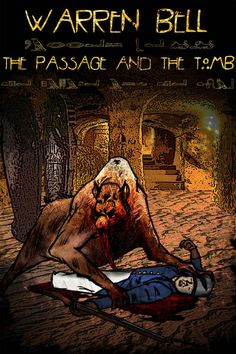 This past weekend, I published something very different from my other works. With Halloween approaching, I decided to write and publish a horror story. That may sound about as far from my usual military historical fiction as one can get. But perhaps not.

Why would I choose to write horror? I have been fascinated by the genre since I was a child. My mother loved horror films, and our whole family went to the movies together. Like Cosby’s Fat Albert and his buddies, I used to crouch behind the seats and peer between them to watch the scary scenes. I remember watching Lon Chaney Jr.’s face change from that of a man to that of a wolf through time-lapse photography. I recall the mummy’s ghost carrying Ramsay Ames into the swamp until they disappeared.  I saw David Carradine, in my opinion the best Dracula, turn to dust when caught by the sunlight. We also saw all the horror anthologies like Frankenstein Meets the Wolfman and Abbot and Costello Meet Frankenstein. A latecomer to the scene was The Creature From the Black Lagoon.

About the time I became a teenager, an amazing comic book series (actually short graphic novels) called Tales from the Crypt appeared on the market. The werewolves, vampires, and other monsters in these books were convincingly drawn, and the stories were spine tingling. Unfortunately (for fans of the series) someone convinced the publisher that he was contributing to juvenile delinquency, so he pulled the plug on the books. Some years later, the title was revived on a TV series.

My new story, The Passage and the Tomb: A Tale of Ancient Horror, takes place in Egypt in the early 1800s. My characters are soldiers and scientists from Napoleon’s invading army. Okay, so I can’t really suppress the historical novelist in me. Napoleon’s savants studied and documented the ancient Egyptian civilization for several years. They essentially invented Egyptology. What better foils to confront an ancient evil than the explorers who opened up the longest lasting civilization to the world?

Inadvertently, my characters free a 4,000-year-old werewolf who had been entombed alive by the ancients.  Will modern firearms protect them? Or is the power of the timeless monster too great to overcome? Read my story to find out.

Warren Bell is an author of historical fiction.  He spent 29 years as a US Naval Officer, and has traveled to most of the places in the world that he writes about.  A long-time World War II-buff, his first two novels, Fall Eagle One and Hold Back the Sun are set during World War II.  His third novel, Asphalt and Blood, follows the US Navy Seabees in Vietnam.  His most recent novel, Snowflakes in July, was released on Kindle on September 15, 2015, and a paperback version will be following.  For more about Warren Bell, visit his website at: wbellauthor.com or see him on twitter @wbellauthor.
Posted by Warren Bell, Author at 12:58 PM No comments:

Why I Write Novels About History 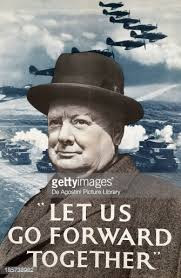 I have been interested in history for as long as I can remember. I started to school in 1942 during the bleakest days of the Second World War. Even in first grade, we knew that we were living in momentous times. Our chief entertainment outside the home in those days was the motion pictures we saw almost every weekend. Dramatic newsreels written to support the war effort screened between feature showings. We were routinely introduced to parts of the world that our parents hardly dreamed of in their childhoods.

The history we were taught in school was too often the dry memorization of dates and event names, but there were also other, more personal sources of historical data. At that time, many Civil War veterans were still alive, and some of the old soldiers loved to spin tales off that conflict. World War I veterans were quite common. All our grandparents had heard personal oral histories from their ancestors. Many of these stories were passed down from generation to generation.

I have always viewed history as the summation of the accomplishments of people. In the 1950s, many historians viewed their discipline through the prism of movements shaped by events. The personal influence of individual leaders was minimized. Events shaped the leaders, not vice versa. I never subscribed to this view. I grew up in an age of leadership giants. The personal accomplishments of men like Franklin Roosevelt and Winston Churchill just didn’t fit into the view of events shaped history. Leadership giants still emerge in the world. Can anyone imagine modern South Africa in its present form without Nelson Mandela? I certainly can’t.

One thing our teachers did emphasize was George Santayana’s statement in his 1905 The Life of Reason that: “Those who cannot remember the past are condemned to repeat it.” The mistakes made by the Western Democracies during the 1930s that allowed Adolf Hitler to achieve supremacy in Europe were hammered into our brains.

I sometimes question whether history is taught at all in schools today. I know that my children did not receive a good grounding in the subject. If new generations do not understand what ideas have worked or not worked in the past, are they not likely to keep making the same mistakes over and over again?

A good case in point is to compare the workup to the 2003 invasion of Iraq with the early years of U.S. involvement in Vietnam. In both cases, civilian appointees in the Department of Defense believed that they understood the situations better than uniformed military officers. In both cases, an attempt was made to apply just enough military force to cause the enemy to capitulate. Civilians pared the order of battle for the Iraq invasion of elements considered critical by on-scene commanders. In neither case did civilian or military commanders have an understanding of the local cultural elements that would later play such vital roles. All the valuable experience in counterinsurgency that we gained in Vietnam seemed to have been largely forgotten. CI warfare had to be relearned and again paid for in blood.

In the last part of the Twentieth Century, collectivist governments failed all over the world. Communism and socialism proved to be unsustainable systems of governing. Many people in the United States do not seem to be aware of these facts. Some political candidates are again touting socialist principles.

My latest novel, Snowflakesin July, is set in the turbulent 1960s and 1970s when the New Left movement spawned a host of domestic Marxist terrorists.  But the Vietnamese Marxist state that came out of the war became one of history’s greatest failures. Capitalism now flourishes throughout Southeast Asia.

Take heed of history. Let’s stop making the same stupid mistakes over and over again.

Warren Bell is an author of historical fiction.  He spent 29 years as a US Naval Officer, and has traveled to most of the places in the world that he writes about.  A long-time World War II-buff, his first two novels, Fall Eagle One and Hold Back the Sun are set during World War II.  His third novel, Asphalt and Blood, follows the US Navy Seabees in Vietnam.  His most recent novel, Snowflakes in July, was released on Kindle on September 15, 2015, and a paperback version will be following.  For more about Warren Bell, visit his website at: wbellauthor.com or see him on twitter @wbellauthor.

Posted by Warren Bell, Author at 4:17 PM No comments: