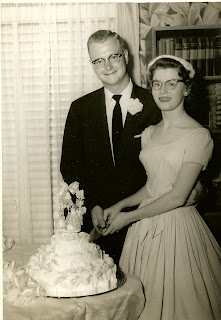 This is the time of year when Americans reflect on what we are thankful for. Those in committed relationships should be thankful that they were able to find someone to share a lifetime of romance. My wife Annette, my partner for over 55 years, is the greatest blessing of my life. Close behind must come the blessings of family. Humankind has organized itself in nuclear families since, as the Greeks used to say, “time out of mind.” My children, their spouses, and my grandchildren have enriched my life beyond measure.

Those of us who live in free and open societies should be especially thankful. Too many of us take the blessings of liberty for granted. Far too few of the world’s citizens live in open societies. Billions of others live in states ruled by despots for whom the welfare of their citizens is not a consideration at all. Winston Churchill once said that, in a free society, if one receives a knock on the door in the dark hours of early morning, it is probably the milkman (as opposed to a squad of secret police coming to arrest you).  Freedom of speech and religion exists only in free societies. In most of the world, the press reports only what the government approves.

Anyone who has access to modern medicine should be thankful for it. When I was a young man, life expectancy for an American man was about sixty-nine. Now it is approaching eighty. And the additional years often provide a much higher quality of life. If you do not indulge in self-destructive behavior (drug use, smoking, overeating to the point of obesity), your chances of having a long life are quite good. How to make the same level of care available to all is one of the world’s biggest challenges.

I’m thankful to have lived in the time and place that providence allotted me. My parents and their ancestors lived much harder lives than did my generation. I lived in an age of opportunity in which it was possible to quite literally live the American dream. Coming from relatively humble circumstances, education opened for me the door to upward mobility my grandchildren may never enjoy. My “golden years” are presently very comfortable. The innovations introduced during my life are mind-boggling. So far, I’ve been able to sort of keep up, but the adeptness of my grandchildren with electronic devices is astonishing.

I am also thankful for a relatively long life. In Greek mythology, Achilles was given the choice of a short life of fame or a long but common life. He chose fame, and died young outside Troy with a poison arrow in his heel. Odysseus, on the other hand, lived a long life and visited much of the known world. Alfred Lord Tennyson described the wisdom of Odysseus gained in his poem, Ulysses (the hero’s Roman name).

I am a part of all that I have met.
Yet all experience is an arch wherethrough gleams
That untraveled world whose margin fades
Forever and forever when I move.
As though to breathe were life!
Life piled upon life were all too little
And to me little remains.

And this grey spirit yearning in desire
To follow knowledge like a sinking star,
Beyond the utmost bound of human thought.

I have experienced a wide swath of history, some of it good, some of it discouraging. I continue to be an optimist. Somehow, we humans always seem to muddle through to an acceptable solution to most problems. Given the choice of Achilles, I would choose to live long.
Note: Warren Bell is a historical fiction author with two novels released and for sale either for Kindle or in paperback from Amazon.com.  Both are set during WWII, with Fall Eagle One taking place in Europe, and Hold Back the Sun is set in the war in the Pacific.
Posted by Warren Bell, Author at 10:25 PM No comments:

What Did You Do in the War, Mommy?

World War II was the last war in which whole populations were engaged in the struggle. Because the military required a large part of the male population to fill the combat ranks, women were called on in large numbers to fill support positions and keep industry functioning. Most Americans are familiar with “Rosie the Riveter” and film clips of hundreds of women working in factories. But many do not realize the vital contributions made by women who worked primarily with their intellect.

I was reminded of the critical role of women in WWII while reading last Sunday’s Washington Post.  The paper prominently featured the obituary of 92-year-old Mavis Batey nee Lever, one of the many women who worked at the “Government Code and Cipher School,” at Bletchley Park. Perhaps the best-kept secret of WWII, Bletchley Park was where Allied codebreakers deciphered and read the most secret radio signals of the German High Command.  For most of the war, Allied leaders knew exactly what the Germans planned to do ahead of time. Some historians believe that victory in the Battle of Britain hinged on the fact that RAF commanders knew
Luftwaffe bombing targets and schedules the night before.

Mavis Lever was recruited directly out of university for this top-secret work. Her fluency with the nuisances of the German language proved a priceless asset not only in translation but also in the codebreaking itself.  She is credited with predicting Italian naval movements in the Battle of Matapan, allowing Britain’s Mediterranean Fleet to savage Mussolini’s battle fleet. She also was instrumental in convincing Hitler that the Normandy Invasion was a feint.

The counterplot in my novel, Fall Eagle One, is set at Bletchley Park. The American protagonist is a German-speaking lawyer who performs essentially the same work as Ms. Lever. He works directly for an Englishwoman, an officer in the Women’s Auxiliary Air Force (WAAF). Somewhat like a police procedure novel, I explain how Bletchley Park functioned. The plans and orders of my German protagonist’s secret unit are laid bare to allied commanders, but they do not discern that the German mission is to kill FDR.

Intelligence was not the only field in which women worked with their brains. Both the RAF and Luftwaffe filled their air defense control centers with women. Those who have seen the movie, The Battle of Britain, will recall that WAAF personnel almost exclusively staffed the sector stations shown in the film.  Nurses saved the lives of countless military combatants of all countries. Women also contributed in many logistics positions.

When we remember the “greatest Generation” and its achievements, we must always remember that not only the men beat the Axis. Countless women contributed their brains and their brawn to final victory.

Note: Warren Bell is a historical fiction author with two novels released and for sale either for Kindle or in paperback from Amazon.com.  Both are set during WWII, with Fall Eagle One takes place in Europe, and Hold Back the Sun is set in the war in the Pacific.

Retrospective on Half a Century 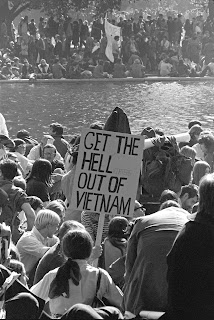 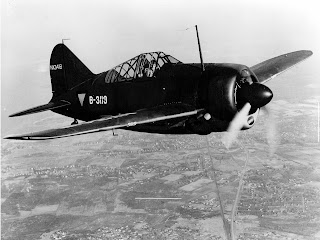 While enjoying a fairly new mystery thriller set more or less in the present, I read about military guards being armed with M1 carbines. This was something of a jolt for me, because I know that the early Vietnam years were the latest that U.S. armed forces regularly used this weapon. In many other novels, some by highly popular authors, I often discover similar anachronisms, such as placing in WW2 fiction weapons not then developed. I’ve seen some authors use the words revolver to describe all pistols. I have found many other questionable technical details in popular fiction. For some reason, this really bothers me, especially because the right information is so readily available today on the Internet.


I believe an author has a responsibility to make his fiction as plausible as possible. Getting the details right is essential to complete plausibility. For knowledgeable readers, and there are hoards of them out there, hitting an obviously wrong detail interrupts the flow of the prose and may cause irritation. This isn’t a good reaction for the author.


Before penning both of my novels, a spent many hours in exhaustive research. When I first began writing, this required lots of time in libraries. I treat research as a puzzle, digging for the answer I want until I discover it. Only when I’m convinced that I’m on firm ground do I plunge ahead with the writing.


The dogfights in my new novel, Hold Back the Sun provide an example. My Dutch protagonist, Captain Garret Laterveer, is flying an obsolescent Brewster Buffalo against modern Japanese Army (IJA) and Navy (IJN) fighters. I read everything I could find both in print and on the Internet about the actual experience of Dutch pilots early in the Pacific War. Surprisingly, some of them had success, especially against the Army Nakajima fighters in Malaya. The IJN Zeros were another matter. At the time, this aircraft was probably the best fighter in the world. Yet some Dutch pilots did shoot them down. In my research, I found that the Brewster aircraft had a number of the same strengths and weaknesses of the P-40 fighters used successfully against Zeros by the Flying Tigers. Applying artistic license, I allowed the Dutch to use Flying Tiger tactics.


I know the old saw, “Never let the facts get in the way of a good story,” and I have used it myself to alter history to make the plot go the way I want it. However, I do not believe this justifies incomplete research. Our readers deserve our best efforts.
Posted by Warren Bell, Author at 4:46 PM 2 comments: