The Fire Is Still There 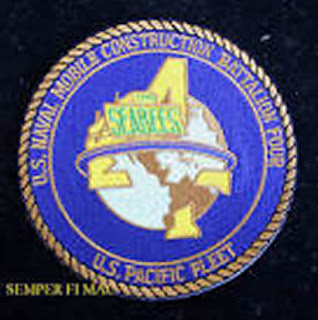 On September 16th, I had the honor of attending a reunion of Naval Mobile Construction Battalion FOUR in Springfield, Virginia. BUC (Builder Chief) Jeff Parker, the principal organizer, invited me to the event. He had attended the reunion of the battalion in which I served, NMCB FORTY, last year and saw my presentation on my writing and my books. He purchased a copy of my Vietnam Seabee novel, ASPHALT AND BLOOD.  Having served in the Hue-Phu Bai area, the setting of the story, he identified with many of the events about which I wrote. He wanted to share them with his fellow veterans.

Any reunion of old Seabees brings out sea stories beyond count. Plenty were being bandied about when I entered the Hospitality Suite and started introducing myself. As I listened, I realized that I was in the company of Seabee legends. These were men who had performed amazing feats of construction under fire by an implacable enemy. Some had re-laid the first aluminum matting runway of the war at Chu Lai. Others had built camps and roads throughout the northern part of South Vietnam, the famed I Corps area. I was surprised by how many of their experiences mirrored my own.

Why do these men congregate every few years just to be together again? I believe that they realize that they share a set of experiences that set them apart from the civilian world in which they live.  A sense of brotherhood pervades these gatherings. It is so much more than just shared memories. The participants worked with each other, sweated with each other, took enemy fire together, and in some cases nearly died with each other. And the fire in their bellies that sustained them through those experiences still burns brightly today. They had each other’s backs in those days, and they still do today.

One factor I notice about Seabee reunions is that almost all the attendees are Vietnam veterans. A half-century after that unpopular conflict, the men and women who participated still feel a kinship for one another that subsequent generations seem to lack.  Some of this may be tied to the way many of us were treated when we came home. At best, we were treated like fools for having risked all in such a venture. At worst, we were vilified as war criminals, called “baby killers” and rapists. We were the young generation that listened when John Kennedy called on Americans to, “Ask not what your country can do for you; ask what you can do for your country!” We were asked to go halfway around the world and fight a tenacious foe in a fight without battle lines or easily identified enemies. We did our job. Despite what revisionist historians would tell you, we were not defeated on the battlefield. That war was lost by the politicians, not by the men in uniform.

I was grateful for the reception that the NMCB FOUR people gave to my short talk and to my writing. Many purchased copies, and I have already had very positive feedback. But then, ASPHALT AND BLOOD is a book about Seabees written by a Seabee.

Warren Bell is an author of historical fiction.  He spent 29 years as a US Naval Officer, and has traveled to most of the places in the world that he writes about.  A long-time World War II-buff, his first two novels, Fall Eagle One and Hold Back the Sun are set during World War II.  His third novel, Asphalt and Blood, follows the US Navy Seabees in Vietnam.  His most recent novel, Snowflakes in July, is a Pentagon thriller about domestic terrorism.  He is currently working on a new novel, Endure The Cruel Sun, the sequel to his best-selling novel, Hold Back the Sun. For more about Warren Bell, visit his website at: wbellauthor.com or see him on twitter @wbellauthor.
Save
Posted by Warren Bell, Author at 1:49 PM 1 comment: